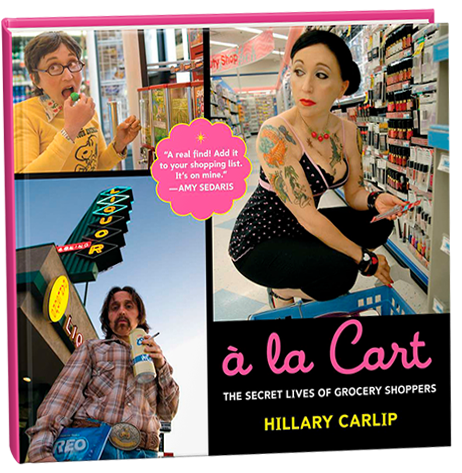 A comic original in the tradition of Tracey Ullman and Lily Tomlin—with Cindy Sherman's eye—Hillary Carlip transforms herself into America's most unforgettable grocery shoppers.

It's happened to all of us—we find, tucked away in the corner of our shopping cart, someone's discarded grocery list. Who's the person buying "Whole milk, heavy cream, ice cream, cheese, and Gas-Ex?" Why would someone need to write down "Coors and Oreos" on a matchbook cover? What kind of person scrawls a list on a PROZAC notepad?

Taking her clues from the items listed, the types of paper written on, the handwriting, and even misspellings ("Aunt Spray"), Hillary saw that each list—at once mundane and personal—offered an intimate peek into a complete stranger's life. She chose 26 lists and transformed herself into the imagined authors —all ages, genders, and ethnicities.

After getting to know these grocery shoppers through Hillary's dedicated voyeurism, going to the supermarket will never be the same. 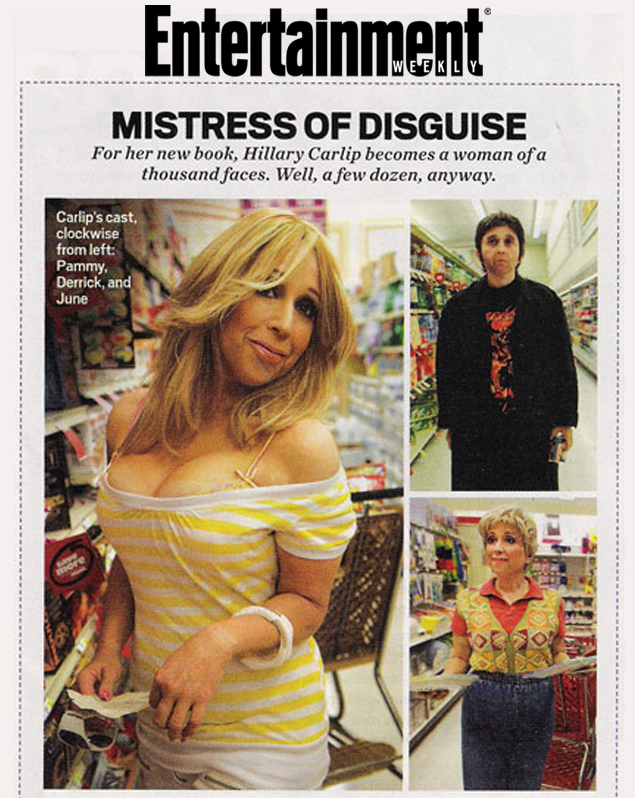